About 500km Mumbai, on the banks of the mighty river Narmada, lies the old city of Maheshwar. Many historians identify Maheshwar as the ancient town of Mahishmati. It is believed Maheshwar was build on the ancient city of Somvanshya Shastrarjun Kshatriya and was the capital of the King Kartavirya Arjun, who is mentioned in the Sanskrit Epics Ramayana and Mahabharata. Much later, it became the capital of the Maratha Kings, the Holkars. Maratha Queen Ahilya Bai Holkar (1725-1795) took over the reigns of Maheshwar after her young son Male Rao Holkar, heir to the throne died, soon after her father-in-law, Malhar Rao Holkar’s death (her husband Khaderao Holkar had died almost 12 years earlier).

Ahilyabai Holkar led her armies to battle. She also transformed Indore from a small village into a magnificent city. However she herself made Maheshwar her capital and developed the fort, ghats and temples of Maheshwar, as well as many roads, wells, ghats and rest houses.. She developed many temples all across India, the most significant being the Kashi Vishwanath Temple in Varanasi. They say the sites where Ahilyabai Holkar built include Kashi, Gaya, Somnath, Ayodhya, Mathura, Haridwar, Kanchi, Avanti, Dwarka, Badrinarayan, Rameshwar and Jagannath Puri. She also supported merchants and farmers and helped them lead lives of peace and prosperity.

One of the very talked about subjects in the realm of affordable and frequent travel is staying at AirBnB instead of hotels for the experience and cost savings. As a couple we love home stays for the experience, but extensive traveling over time has made us opt for very often for boutique hotels instead. When … Read more

When the waiting at the Berlin Airport for our connecting flight to Vienna became agonizingly long, we started panicking. Asking around we figured flights were getting delayed. There were some weather disturbances (this was end of July) which made it difficult for flights to land (it was raining, but the airlines folk know better). The delayed flights soon led to our flight being cancelled. We didn’t have a booking in Berlin and it was already getting late. Compounded with the fact that a lot of the staff was on holiday because of summers, there was a bit of confusion, before the airline finally managed to get us onboard a flight around 4 hours later.

In this process we landed in Vienna past midnight, starving, tired. Most of the eating places in the airport were shut already. The very reasonably priced metro that connected Vienna airport to the city center was way past its last flight. And we were here, only for two days in Vienna, Austria!

Meanwhile at the luggage belt, everyone from our flight had left except us and another family. Our luggage hadn’t arrived. We lodged a lost-luggage complaint with the airlines’ airport office, and took an expensive taxi to our hotel.

When visiting Hampi, we chose to stay at a quaint village across the Tungabhadra, called Anegundi. The village, also called Kishkinda, itself is older than the Hampi monuments. You need at least two days to see this village. Lots of people stay at Hippy Island in Hampi, but frankly we didn’t like the place. It’s … Read more

Our original idea was to visit Anandpur Sahib, with no further plans made. Not having found any place to stay there, we accepted the invite to a friend’s farm in Una, Himachal Pradesh and spent a good 4-5 days there, commuting to Anandpur Sahib everyday. The friends are beginning a new chapter in life at … Read more

For us, forests are not just about sighting tigers. They are also about the beautiful trees, the grasses, the birds, the reptiles, other mammals… and of course being in touch with the forest itself. Not many places allow this, while giving you the comfort and good food you need. Khem Villas in Ranthambhore National Park … Read more

Waking up one morning from deep sleep we saw an amber glow in the skies. Looking out of the window, we were blown by the magnificent painting like sky of Lucerne. We had our first ‘Why is Switzerland Called So Picture-Postcard Beautiful’ moment. On a brief trip to Paris, we had taken out two days … Read more

I never thought, for some reason, that I would like Chikmagalur, having been to Madikeri earlier. And I was more than happy to be proven wrong. Located in the foothills of the Mullayanagiri Hills, Chikmagalur has a mild climate suitable for coffee plantations. Nestled amongst the hills and valleys of the fabulous Western Ghats, Chikmagalur … Read more

Perhaps one of the world’s best known Parks, Yosemite National Park is part of the beautiful Sierra Nevada Range in California. A visit to this natural preserve is highly recommended. And like any other travel, where you accomodation is crucial. So here is our little guide on where to stay while visiting Yosemite National Park.

The best place to stay, if you want to experience the Park from up-close, morning till next morning, is of course inside the park. Inside Yosemite are 13 campgrounds, some are reservable in advance, some available on a first come first served basis.

For a premium luxury stay, try The Majestic Yosemite Hotel, built in a building from the 1920s. Then there is the Yosemite Valley Lodge (near Yosemite Falls), The Big Tree Lodge sporting authentic Victorian architecture with charming verandahs and lush environs, White Wolf Lodge which is a rustic central lodge along with canvas tents set in a wildlfower field but 30 miles from Yosemite Valley, the canvas tent cabins at Half Dome Village, Housekeeping Camp (three sided concrete walls, canvas roof and privacy curtain), Glacier Point Ski Huts, Tuolumne Meadows tent cabins, High Sierra Camps, and 13 other sites with campgrounds and RV parking. These can all be accessed via the National Park Service website. Be sure to check weather reports before travelling and book well in advance to avoid disappointment. 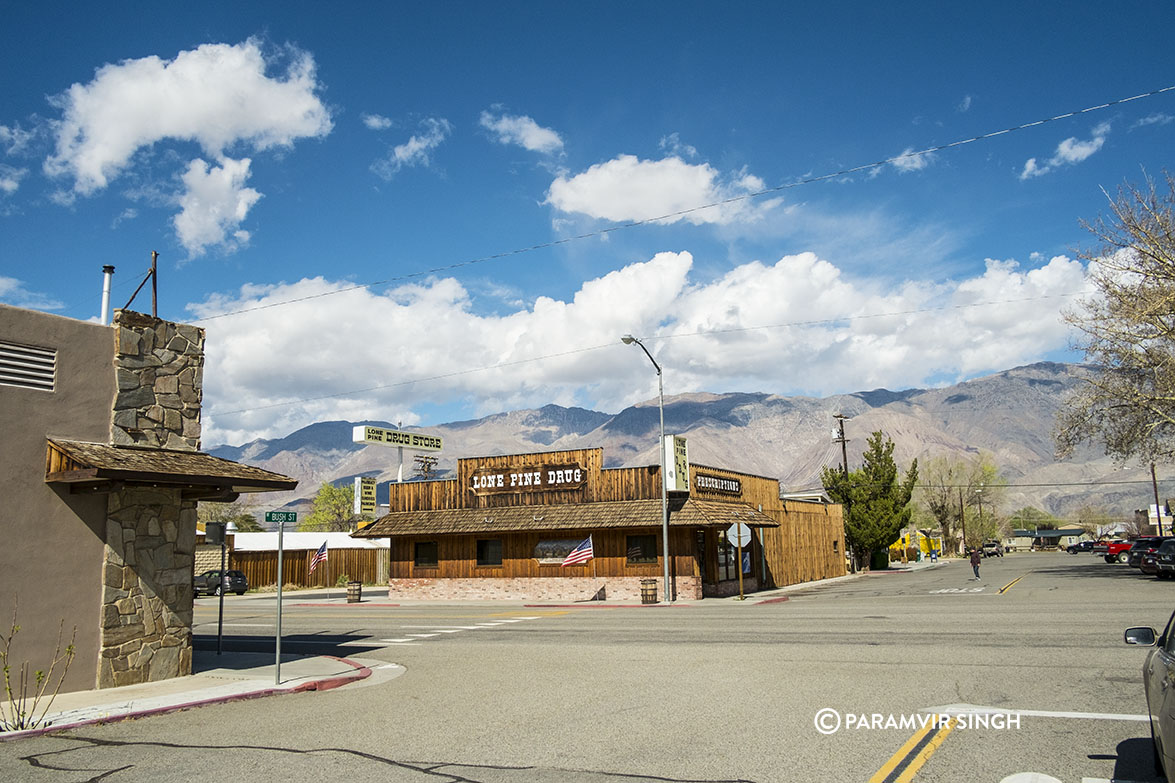 Serendipity plays a huge part in traveling, and perhaps that’s what leaves you with a good feeling after a travel. We discovered Lone Pine, California, out of sheer good luck. From Los Angeles we wanted to visit the Death Valley National Park. After much searching, we couldn’t find any place inside the park, since everything … Read more

It is said that Oakland, California has the highest concentration of artists in America, and hence known as The Art Hub of The West. With a vibrant arts scene, this city is a must visit for lovers of the arts. Situated across the river from San Francisco, Oakland is only a BART train and a … Read more

What makes a city interesting? History, culture and the arts. San Francisco, also fondly called Frisco or San Fran has a rich history and a culture that gave birth to the flower power of the 70s. San Francisco is the cultural, commercial and financial centre of Northern California. It was founded on June 29, 1776 … Read more

• Holidify voted us amongst the top Travel Blogs Run By Couples.

• Hello Travel covered as "Travelling and blogging with your better half"

Dave's Travel Corner
Be On The Road

The Untourists: India Travel Stories | Searching for Interestingness | Places to Travel In India | Photography In the Offbeat Destinations of India

A thorough desi kachauri place in Mathura looks so

Any weather is good weather for road trips. But mo

The weather is getting better in Rajasthan and no

Remember to sit next to a stream and dip your toes